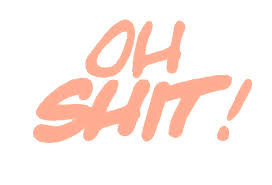 I found out I was pregnant in March 2016 after 2 weeks of refusing to do a test. I then did 30.
I had been to the doctors previously and received the news I had Polycystic Ovary syndrome. I had been complaining about painful sex, periods about 3 times a year and just in general, I knew something was wrong with me. My doctor explained it would be extremely hard for me to conceive and lots of other boring medical stuff which completely went over my head after hearing that. I walked out of my appointment and immediately burst into tears in the waiting room. It took a good half an hour before I could tell my partner J the diagnosis but he couldn’t of been more supportive. We dealt with it and life went on.

I had been moaning about sore boobs, period pain with no period and tiredness for a while and was due to go on a big girls night out. J begged me to do a pregnancy test before my night out ‘just incase’. I put it off for ages. To be completely honest, I didn’t want the disappointment; I knew I couldn’t be pregnant and didn’t need reminding. But I agreed too just to shut him up and whilst he was working one evening, I stopped in at Morrisons on my way home and grabbed some. (Obviously they were the cheapy 99p tests, I’m not made of money). Does anyone ever buy the expensive tests first of all? I wonder.. Anyway; I got home, did the test and nearly fell off the loo when I saw the line. I did the other one and got the same result. After pouring over the instructions to figure out what I’d done wrong I text J. I actually sent him a picture of the tests next to the picture in the instructions to get a second opinion. He told me I was pregnant. I demanded he went and got some of the expensive tests on his way back from work (you know the digital ones on the adverts). £30 later, again, these confirmed it but I refused to believe it. It wasn’t until a trip to A and E for an emergency first scan that I actually acknowledged I was pregnant.

I also write for: